In collaboration with Alison Katz.

Neighborhood Analysis
Historically the Strip District was an industrial neighborhood, most of the buildings are either old warehouses or commercial, and because of the changing economy in Pittsburgh, many of the warehouses are currently abandoned. There are very few residential areas in this neighborhood, the most notable being the Cork Factory which has been re-purposed as a luxury apartment building, however the real change of this project was integrating a residential project of this scale into the existing urban context.
Most of the people in the strip are commuters either working or visiting. The neighborhood has potential for additions to its housing; it has a vibrant marketplace selling fresh produce, coffee shops, restaurants, and nightlife, but what we found was lacking was park space. A site the scale of ours felt like it wanted to become that park space, so we decided to use this as an opportunity to give back to the community.

Site Development
While shaping the landscape, we also looked into the urban context and the flow of people in and around our site. We accounted for the noise nodes on Smallman Street. That drove us to create a gradient of public to private spaces, in which the spaces closest to the streets are public, and then it slowly trickles down into more private areas as you move deeper into the site.

Above is our analysis of the noise, water, and building distribution on our site.

Water + Light
In Pittsburgh, the stormwater and sewer are combined and in heavy rain, they overflow into the streets. The neighborhood is below a very steep slope and is mostly paved, so taking the drainage into consideration, the landscape was shaped with bioswales that capture storm runoff from the streets, but divert from the sewer overflows on the site. Those overflows eventually get redirected to the beginning of the bioswales through a living machine system on the building’s roofs. Water filtration on our site happens through the combination of a roof living machine system and a ground bioswale system. Because the overflow storm water needs an extra layer of filtration, the water is taken to the roof and it filtered then taken down to the ground bioswales through the exterior water walls.

Interior water walls are oriented towards the south to capture and store heat during the winter, while the exterior water walls are oriented towards the west to reflect harsh summer suns and to grab the filtered overflow storm water from the roof wetlands.
By shifting and eroding the ground planes, the interior spaces are organized in  such a way that allows for light to go deep into a space.
The main attribute our design creates is the complexity of gradients. Whether it is the gradients of light or of public to private spaces or of the different types of water. The way we achieve gradients with light it by being cautious with the materials on the facade. By allowing for a wooden slat system, the design can be modified to the lighting requirements of the interior spaces. 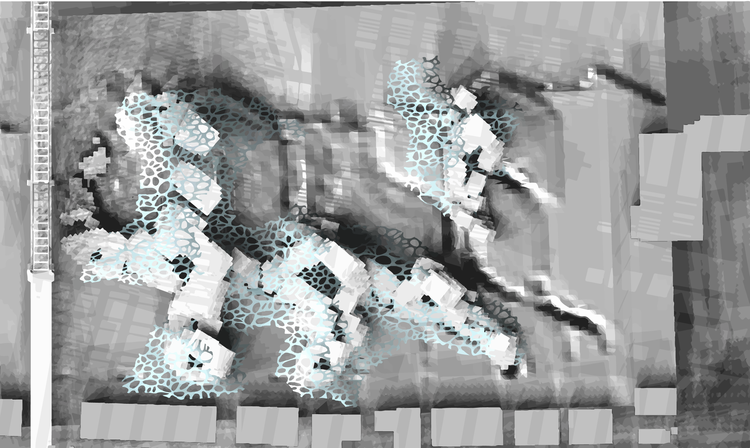 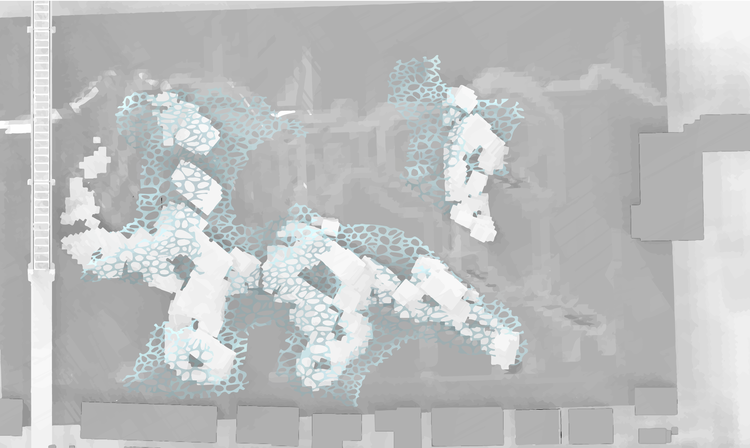 Summer (left) vs. Winter (right) Shadows
Materiality
The Strip District has a very distinct material pallet, we studied the textures found within the strip to give ourselves an idea of the feel of each corner of the neighborhood in order to relate the future building to the area. 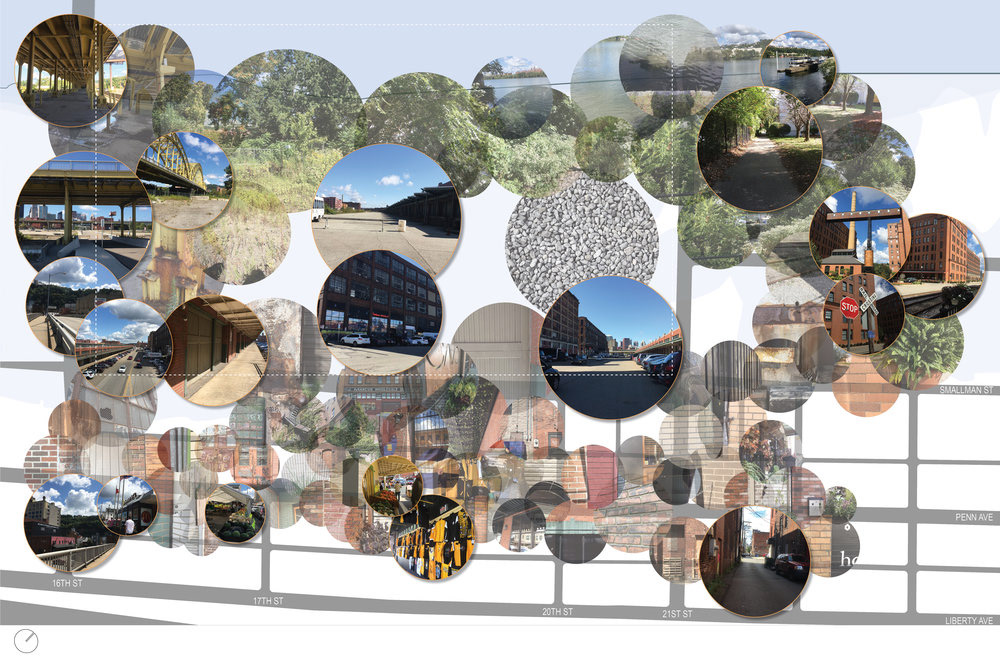 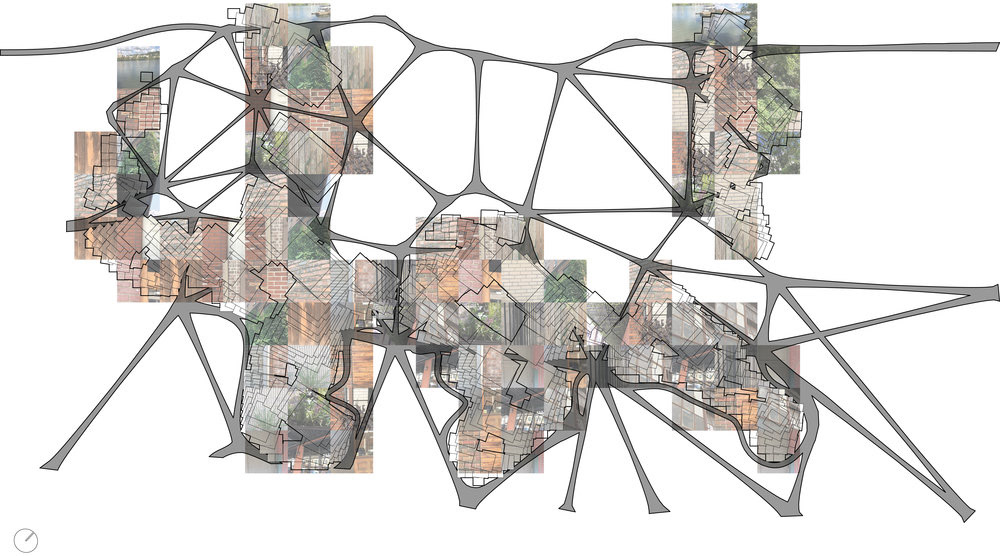 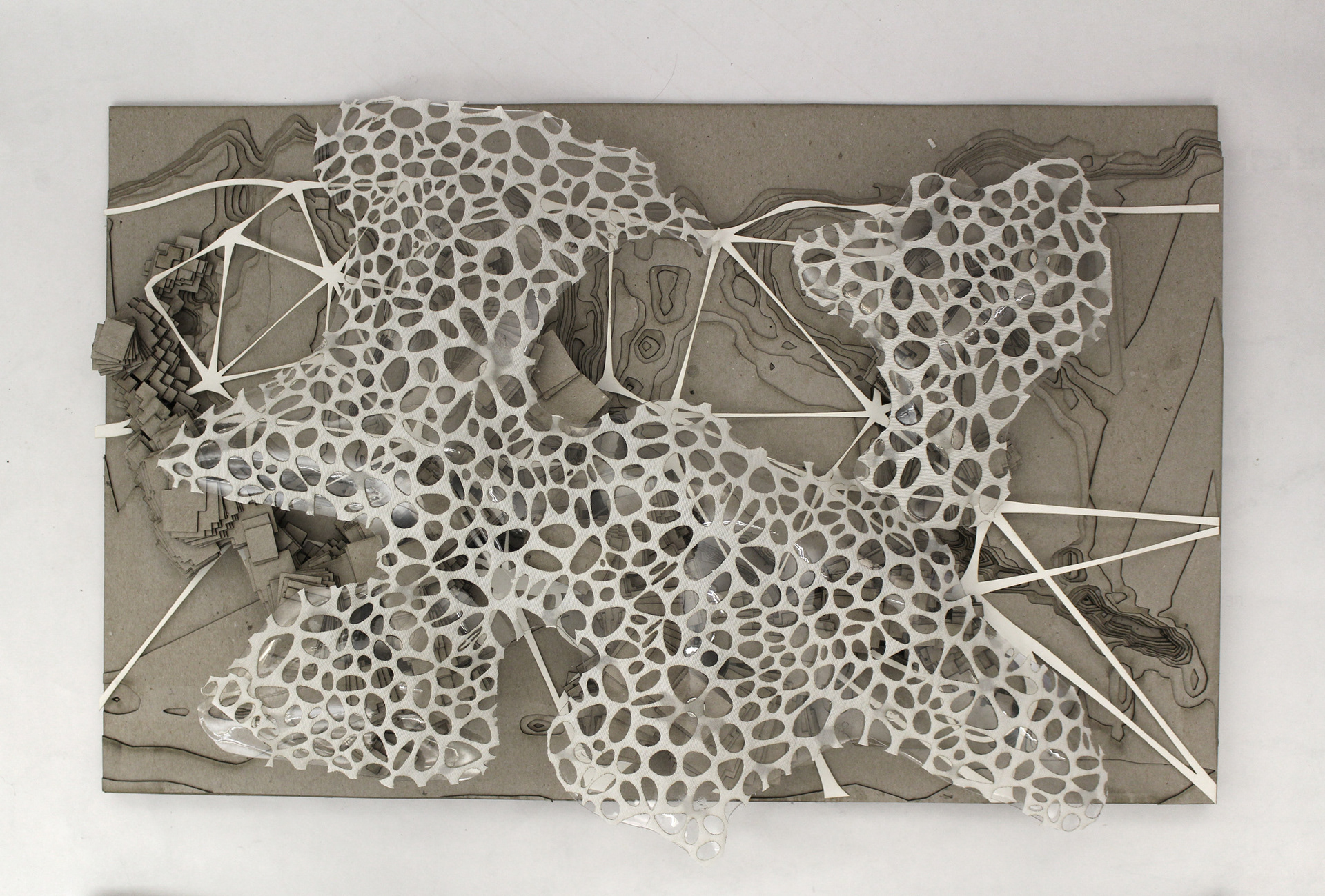 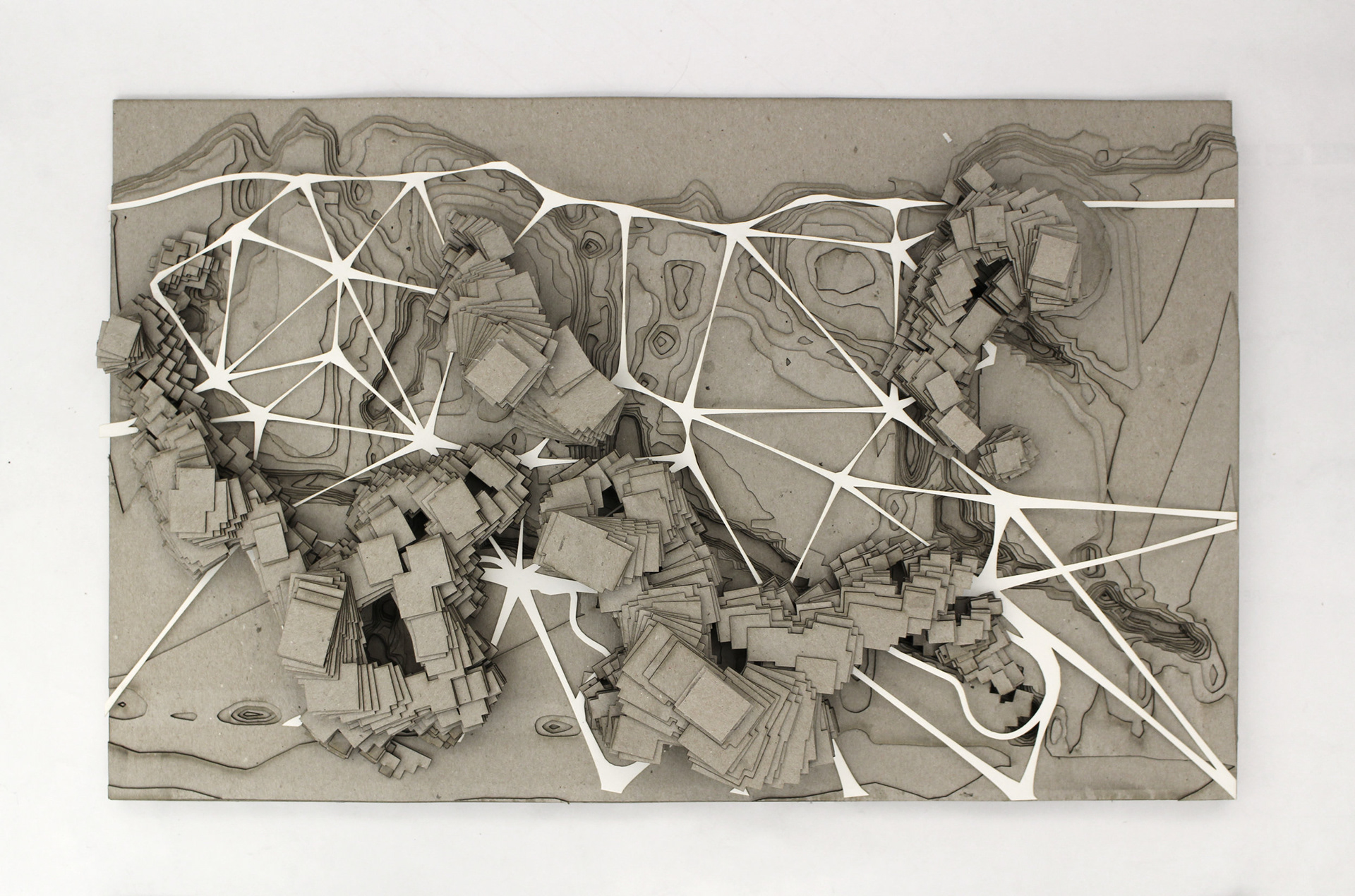 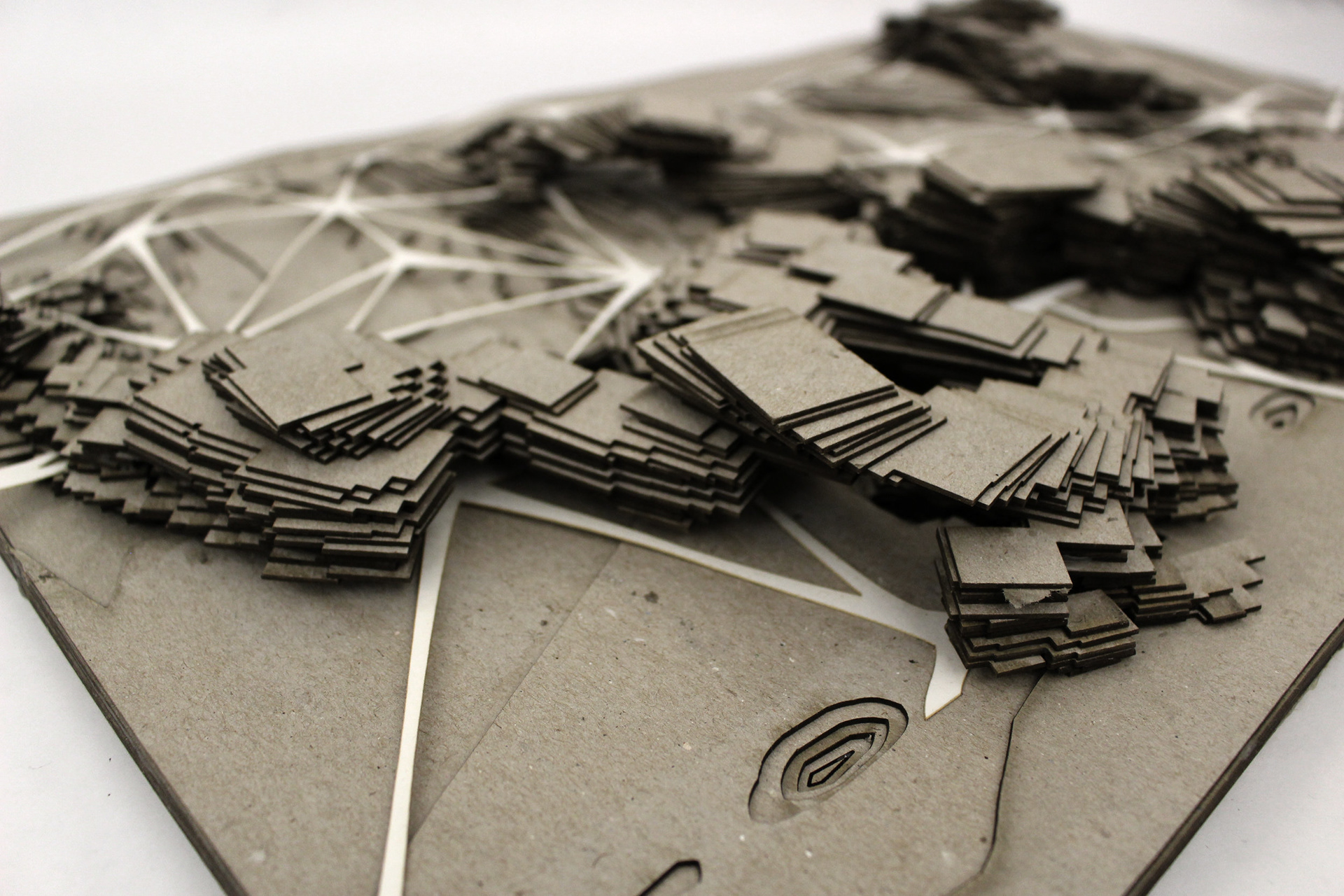 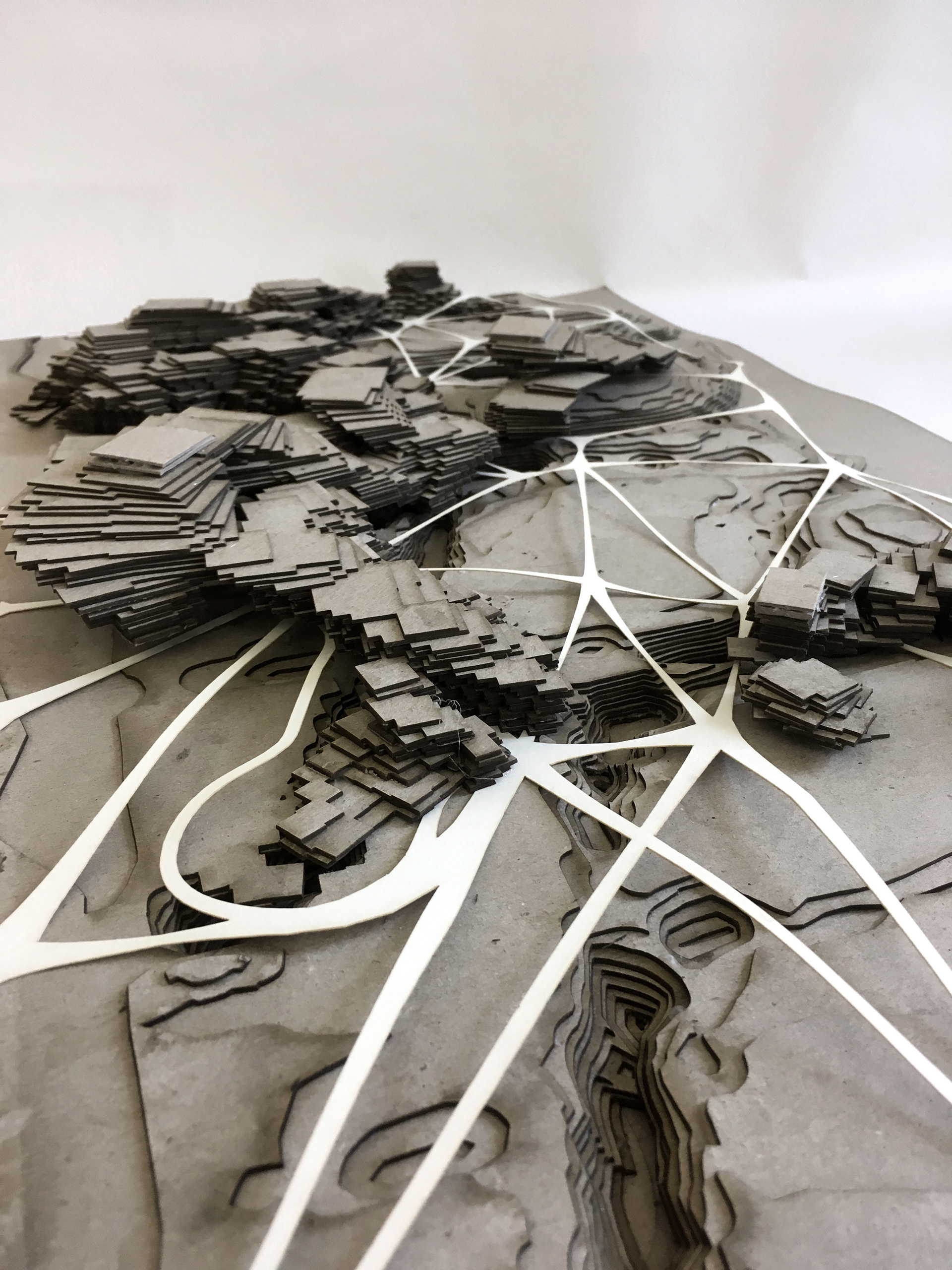 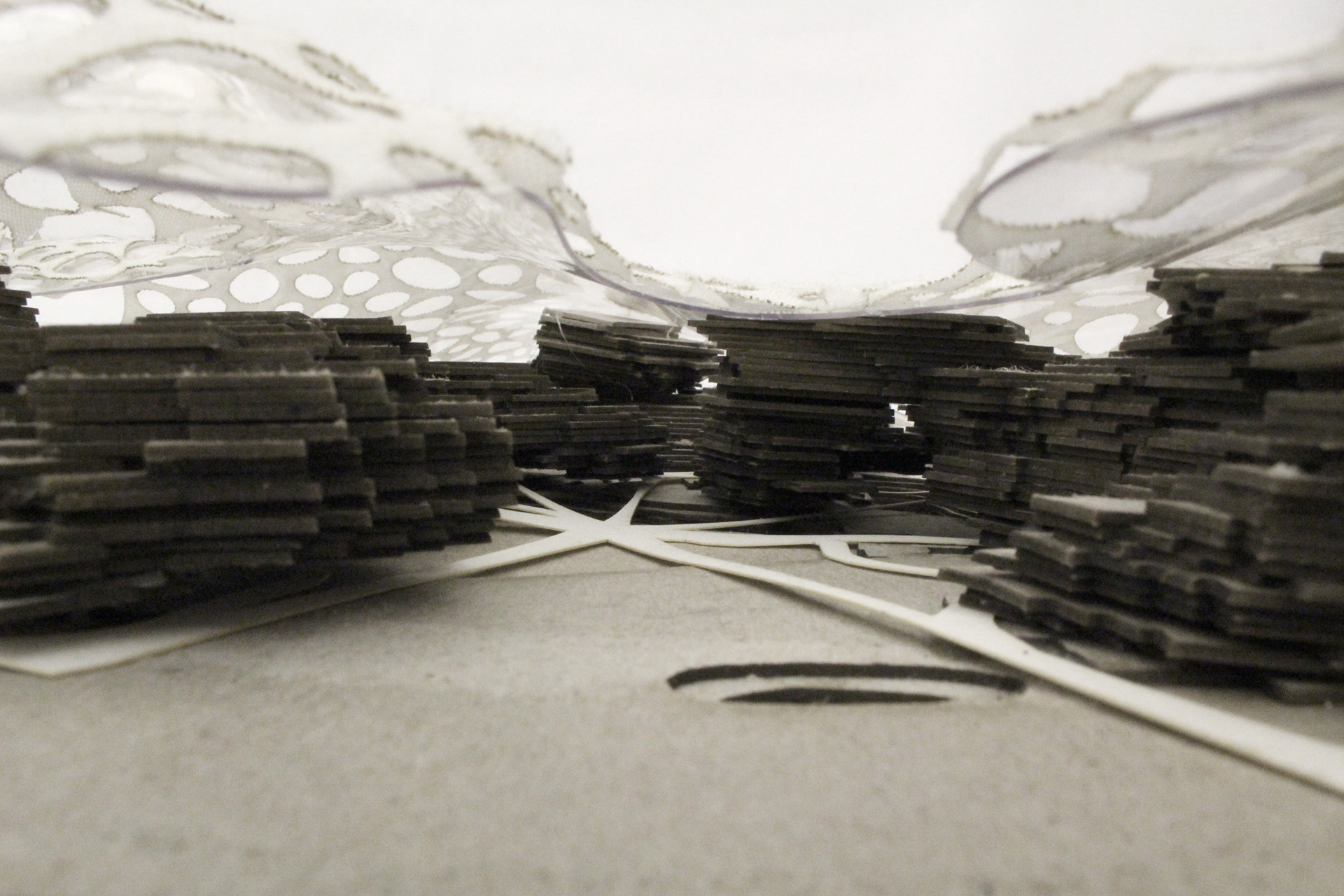 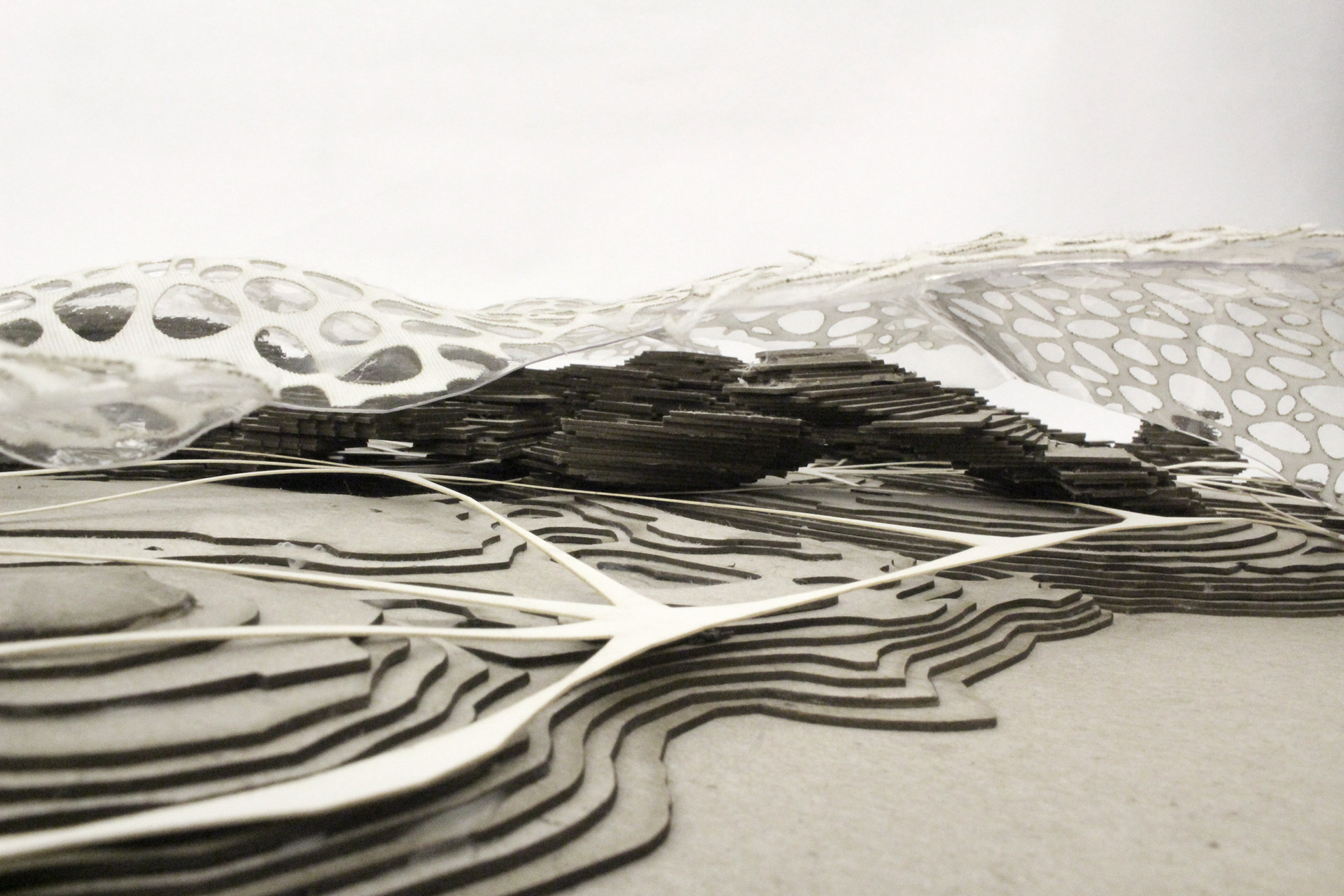 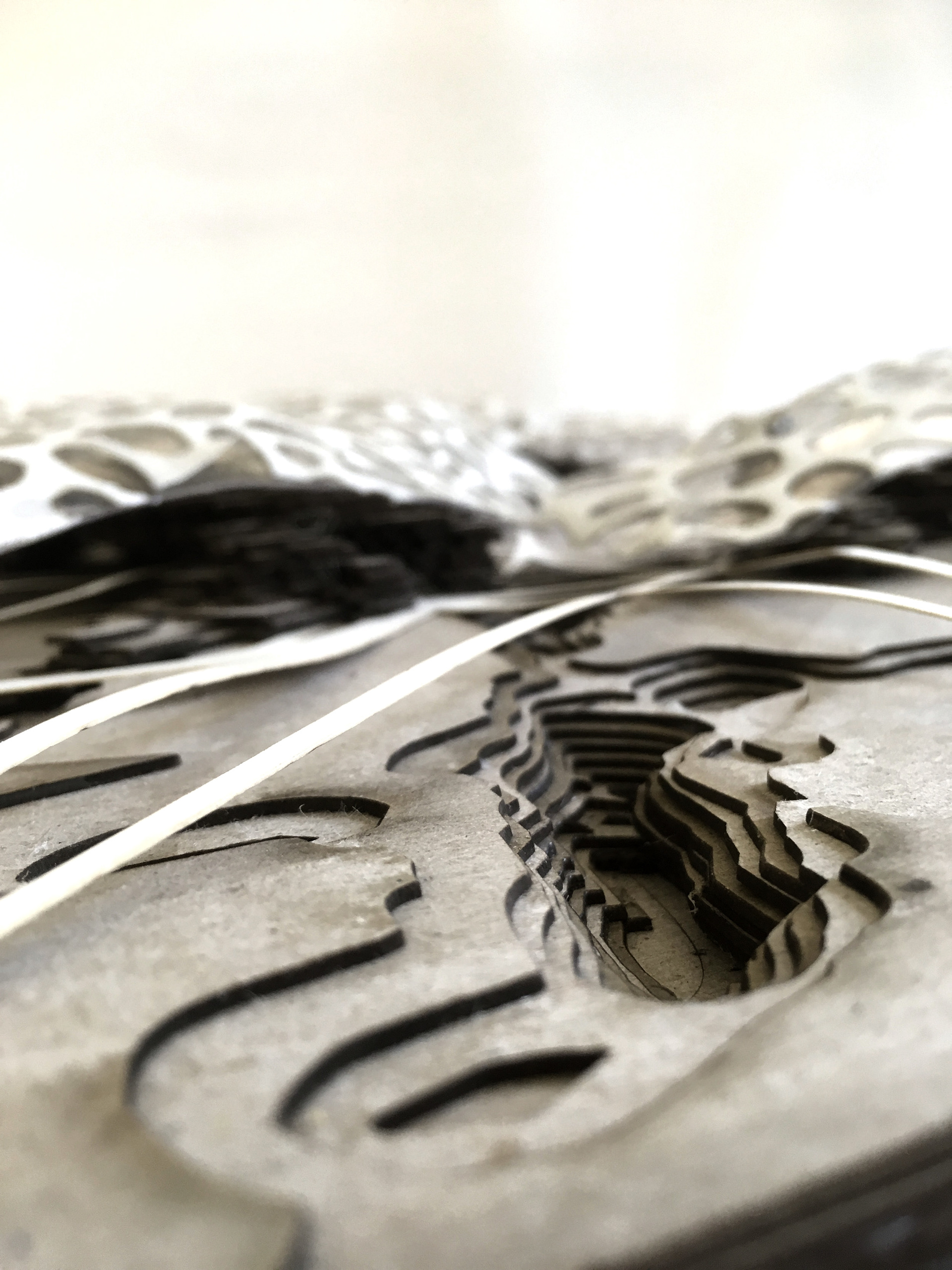 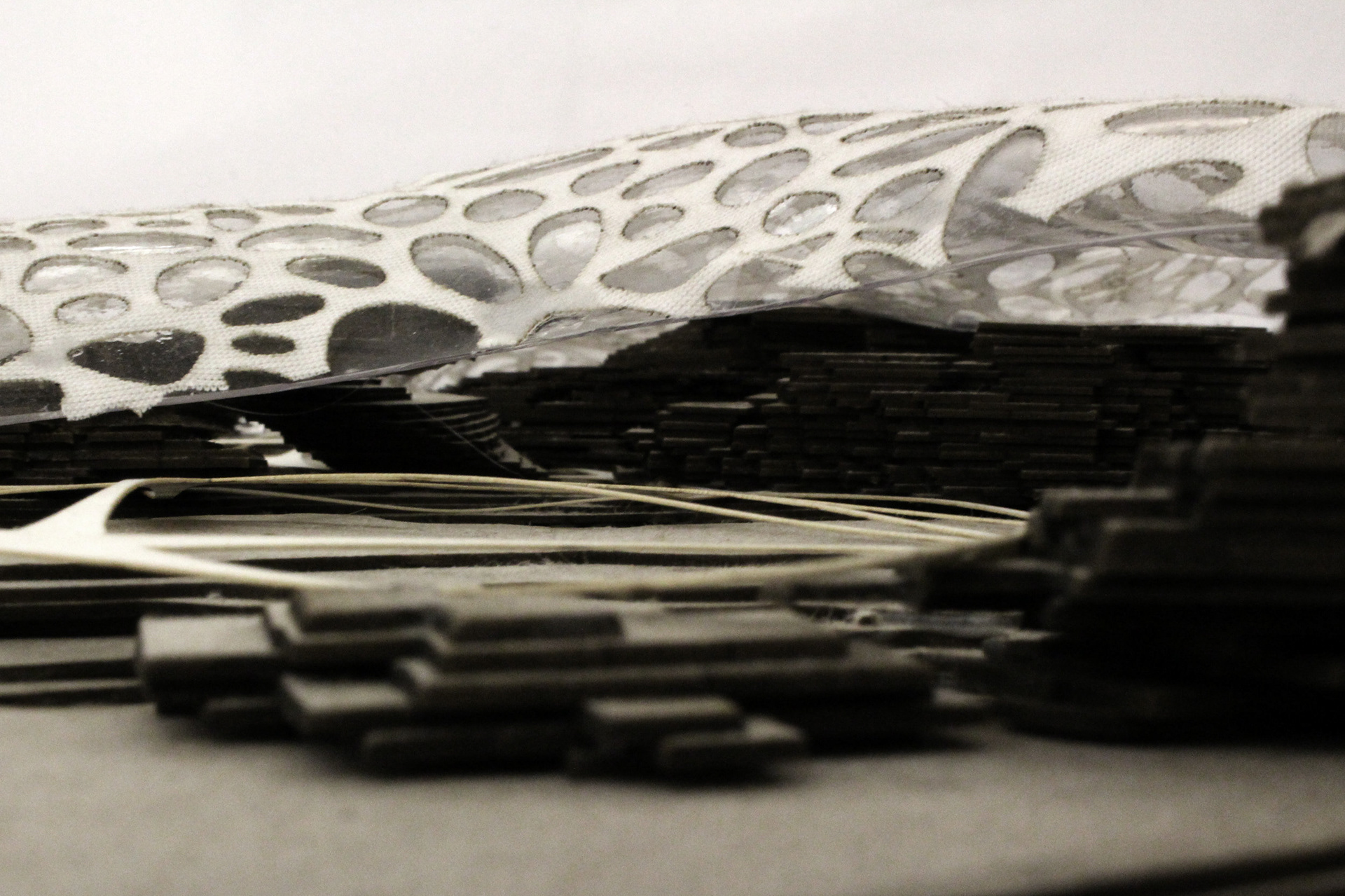